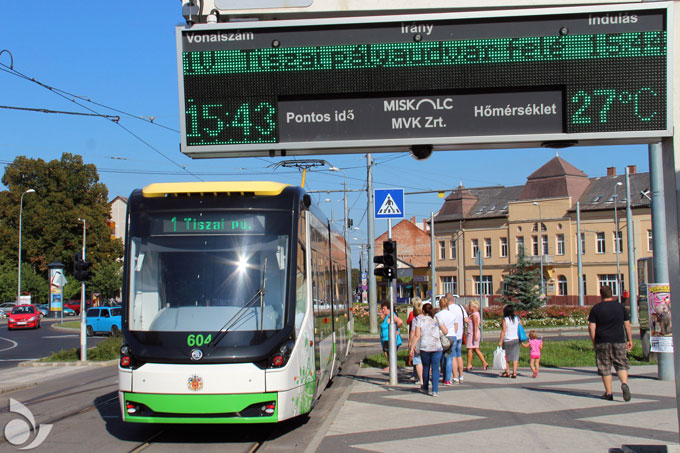 By the implementation of the infrastructural development of the public transport of the cities of Miskolc and Felsőzsolca (ÉMOP-5.1.2-09-2009-0007), also known as the Smart Point Project a passenger information system was developed in the city, thanks to which real-time information is available on the LED displays placed out at the stops.

The on-board devices installed into the vehicles are in a continuous online connection with the dispatcher centre, thus the passenger can get information on the real whereabouts of vehicles, their expected time of arrival and the potential traffic incidents. The real-time information are not available only on the platform-based or on-board passenger information devices but also on the internet and by using mobile devices. Furthermore, the information desks placed out in special locations help to ease orientation. 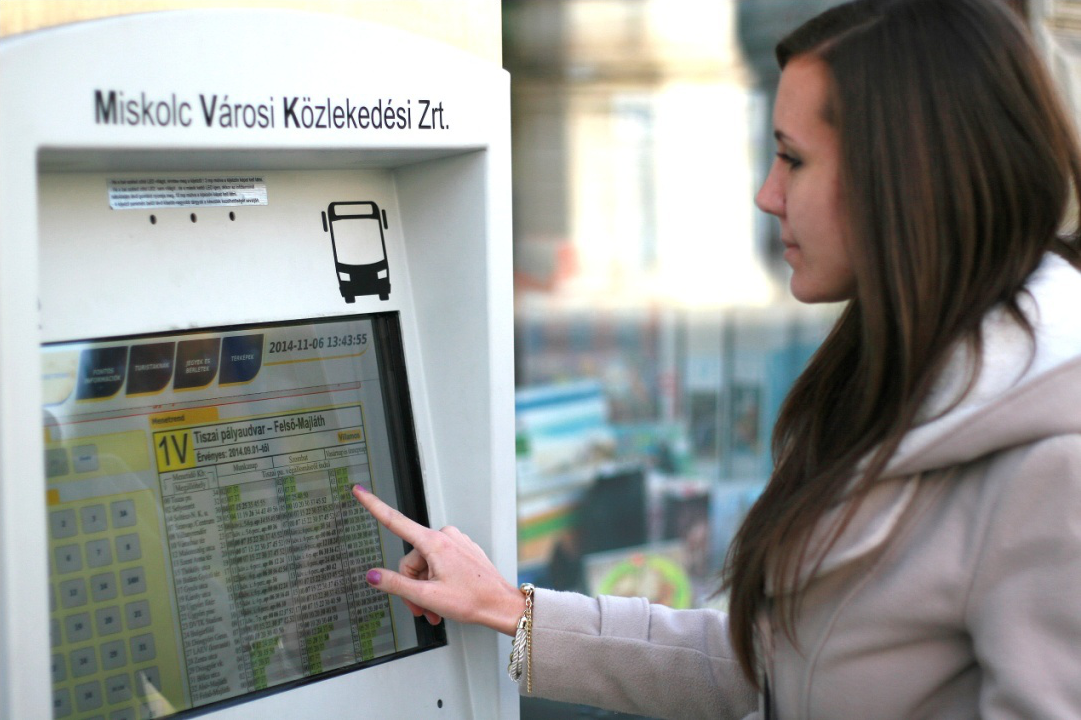 Thanks to the development, a new, modern traffic management system has been introduced which incorporates timetable planning, editing, work schedule preparation and control, furthermore, a new dispatcher system that ensures the above mentioned provision of passenger information at the stops, on the boards, through cell phones and online.

Thanks to the new passenger information system, the passengers can easily plan their travel on an online surface or mobile devices and can become informed on the real-time arrival of the vehicles. Our travel planner surface with a map can be found on the website of MVK Zrt. (www.mvkzrt.hu/valosidoben) and it is platform-independent, meaning that it can be used by anyone who has some kind of a web-enabled device.

On the cell phones, the SMS service is available (MVK SMS: +36303444329), and on the Android-based phones, an own, freely downloadable application is able to illustrate the real-time position of the vehicles on a map, apart from the timetable data (transIT timetable: MVK Zrt.).

he passenger information desks help those who wish to travel at the key nodes of Miskolc. The information equipment can be found in the new, priority-status tram stops. It is able to display also the transport maps and timetable information of MVK. When designing the information desks, the developers have also taken care of making the devices vandal-proof. 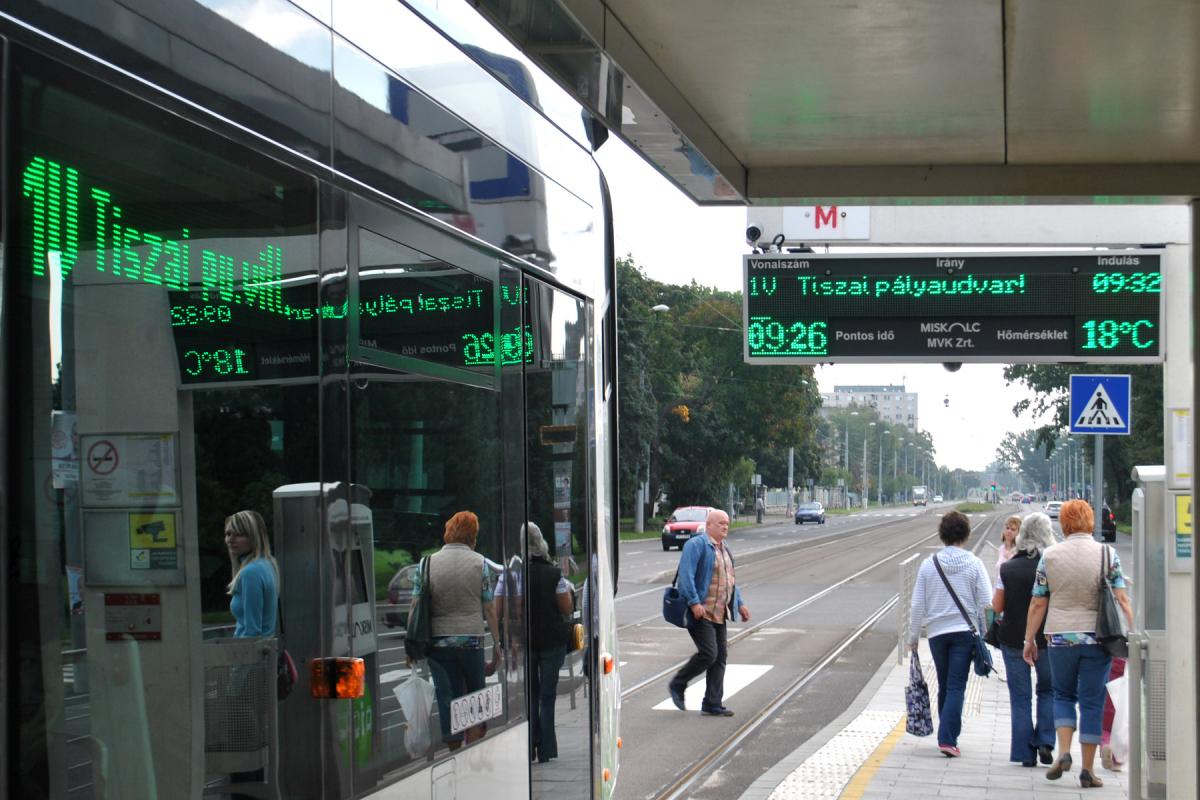 In more than 100 locations, on the placed-out LED displays - in addition to the current time - the number of the arriving and departing lines, their direction and the time remaining until leaving is displayed, as well. On the boards, we provide also written information on the traffic changes and the potential disturbances. The installed equipment operates at all times, adapting to the transport of lines. We would like to ease the transport of the handicapped, as well, by providing audio information, by pushing a button.

The on-board computers and on-board devices installed into buses and trams give the basis for the success of real-time provision of passenger information. The technical devices, installed into the vehicles convey the most important parameters of the vehicles through 3G connection (their positio, speed, other technical parameters, etc.) towards the dispatcher centre. Based on the information received, one can find out the expected arrival time of lines, which becomes forwarded by the centre to the displays placed out at the stops. However, the driver himself and the on-board passenger information system receives up-to-date, real-time information from the centre. The on-board devices provide data to the online route planner and to the Android application. By using the on-board devices, the advanced passenger information has become realized in Miskolc; the transport has become more predictable and plannable both for the passengers and the organizers